So what is there to do at Legoland when you are over 12? I’ve got the answers!

Let’s start with the rides in Legoland that are still a lot of fun for older kids.

There are three roller coasters in Legoland, Coastersaurus, The Dragon, and Lego Technic Coaster. While Coastersaurus is pretty tame, it’s still fun because you get to go around twice. The Dragon has a decent drop and speed, and Technic Coaster has an even steeper drop with hairpin turns at the top that will make you think you’re about to get flung off the tracks!

Over in Pirate Shores, Splash Battle and Pirate Reef are fun because you’re going to get soaked. Pirate Reef has an exciting drop and then essentially puts you through a waterfall. There’s no staying dry on that ride! Splash Battle allows riders to shoot each other with water canons, while onlookers outside the ride can spray riders at will!

If you have a tween or teen that loves to build, head over to Hero Factory where they can build Bionicle type Lego Heroes.

The WB Family Gamespace has several X-Box stations where older kids can play Lego video games. I know, it’s vacation and you’re trying to get them away from screens, but it’s a good alternative for when little brother or sister is on a ride that’s just a little too “little.”

Lego Mindstorms is a classroom area where kids over 9 can learn how to program Lego robots! Stop by the classroom early to sign up because classes do fill up during the day. This is also a great activity on a rainy day in Legoland.

Skill games can be found throughout the park, and although they do cost money, they can be a good diversion for older kids. How great will they feel when they win a stuffed animal for their little sibling?

And don’t forget the Legoland Waterpark. It offers a ton of waterslides, a lazy river, and a wave pool that older kids will love. If you are visiting during their open season (mid-March through mid-November), I highly recommend adding a waterpark day to your visit.

If the rides and attractions aren’t enough to entertain your older kids at Legoland, I have a few other suggestions for keeping them busy.

Minifigure trading alone might not pique their interest, but why not give them a challenge? Rather than just trade minifigs randomly, try to construct a minifigure that is entirely one color! This is actually something my husband enjoys doing! Yellow is too easy so pick a color like red or green, or even better, purple! If they succeed, then maybe there’s a reward — it’s up to you!

Pop badge collecting might be another good way to entertain your teen or tween. These badges can only be acquired by asking a Model Citizen (Legoland worker). They may enjoy striking up a conversation with that cute boy or girl ride operator! Of course they can say the pop badge is just for their little sibling (wink, wink.)

So just because your kids are getting a little older that doesn’t mean the Legoland vacations have to come to an end! Have you visited Legoland with older kids? Let me know in the comments what you did to entertain older kids at Legoland! 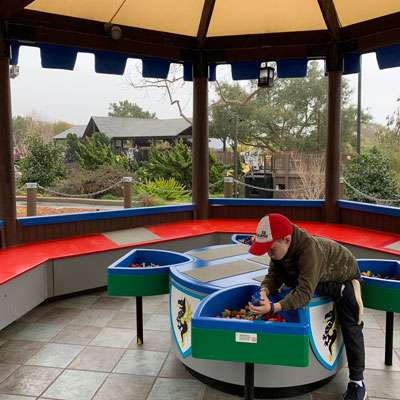 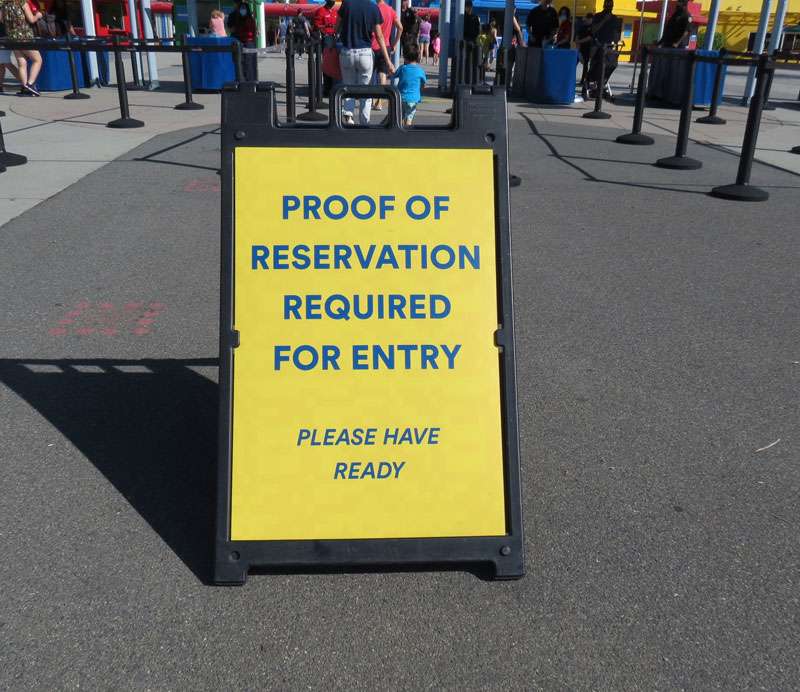 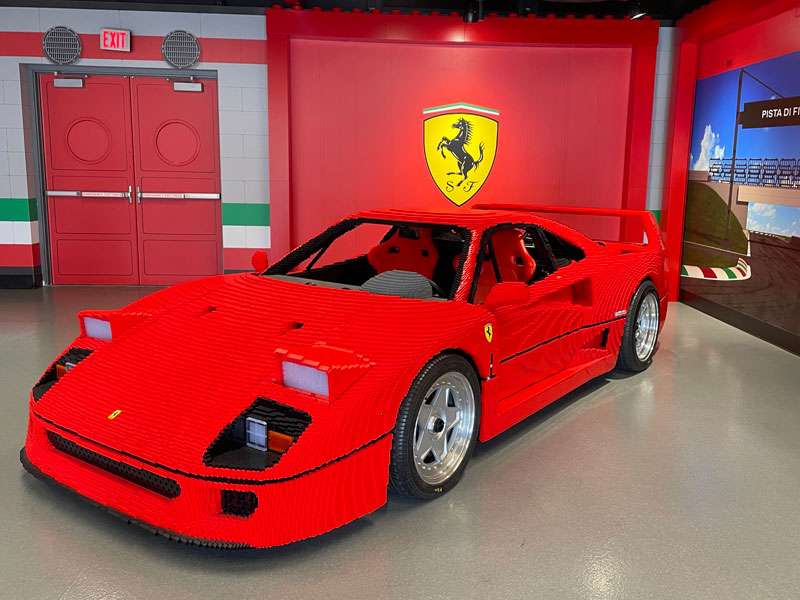 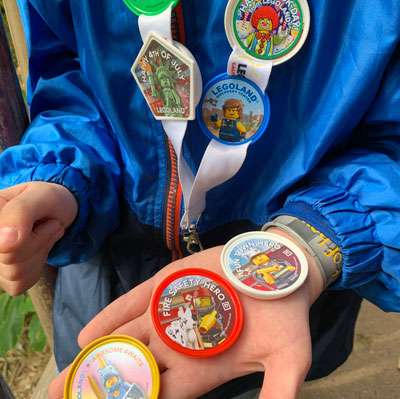 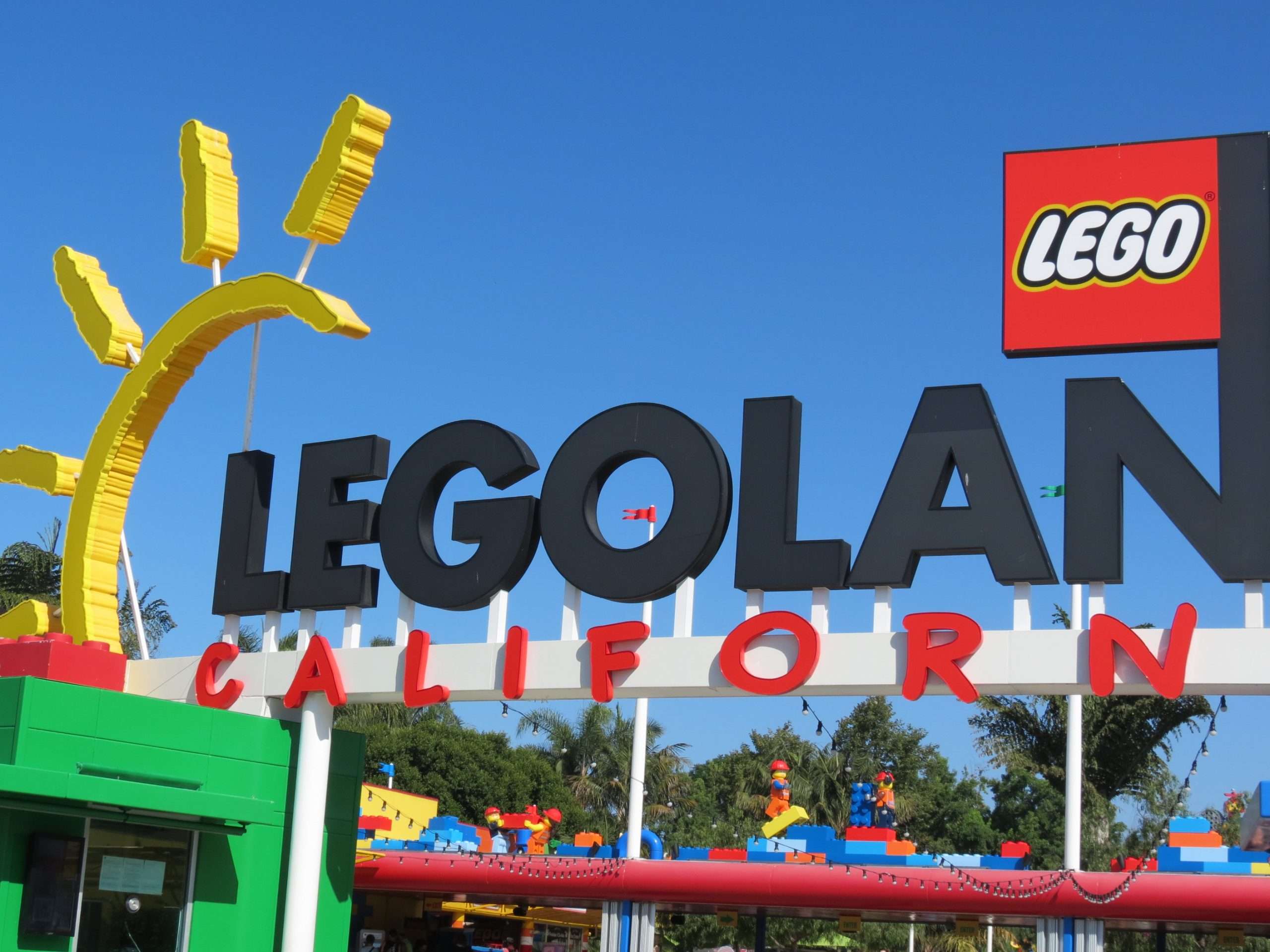 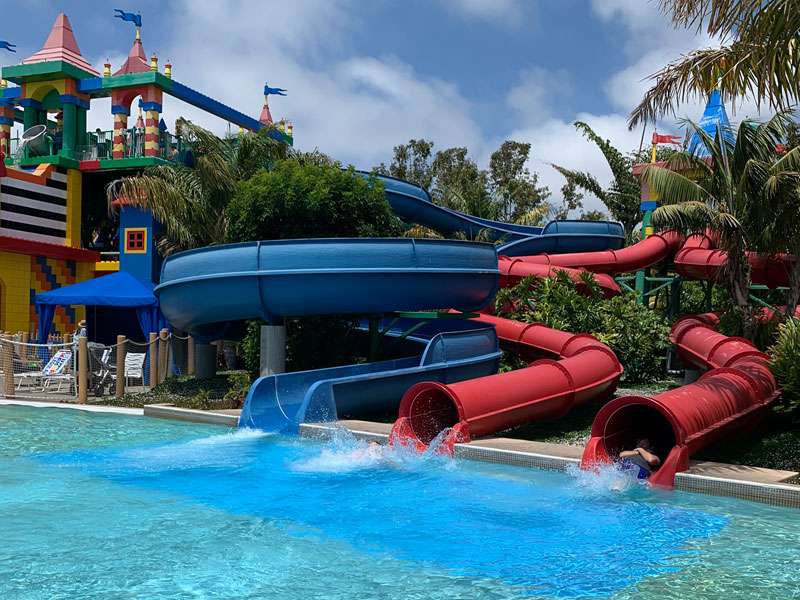